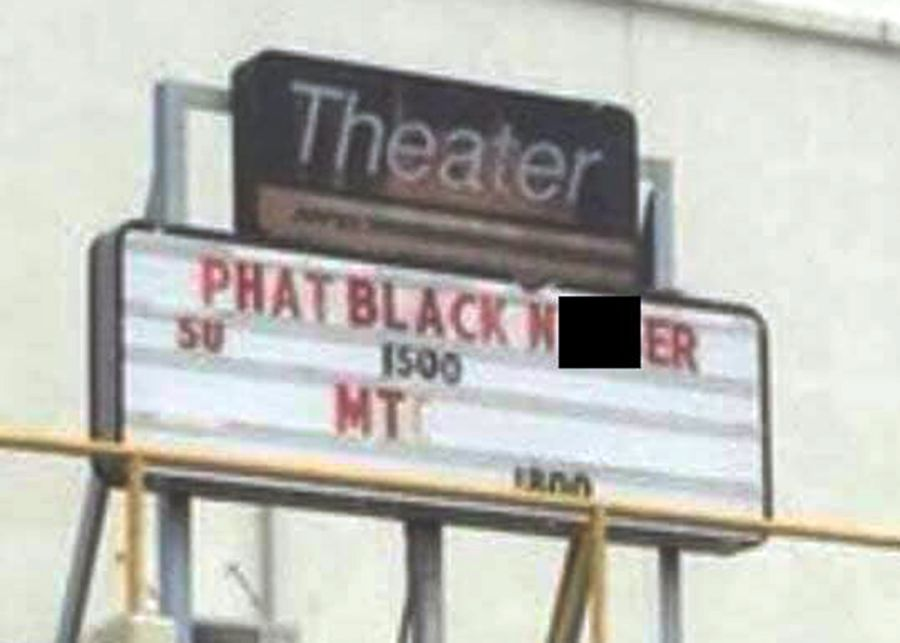 CAMP FOSTER, Okinawa — The Marine Corps is investigating after a racial slur was posted to a base theater marquee on Okinawa.

The slur — a derogatory term for African-Americans — was made from existing letters on the marquee advertising the Marvel film “Black Panther,” which features a predominantly black cast. The film was scheduled for a 3 p.m. showing, according to the Army and Air Force Exchange Service website.

It is unclear how someone would have gained access to the roof to change the letters.

Marine officials said the slur has been removed.

“Marine Corps Installations Pacific is aware of an incident that occurred aboard Camp Hansen involving the posting of a racial slur on an AAFES marquee,” Marine officials said in a statement issued Monday afternoon. “Such actions and language are in direct contradiction to the core values of honor, courage, and commitment that we stand for as United States Marines. This type of behavior is not tolerated by the Marine Corps.”